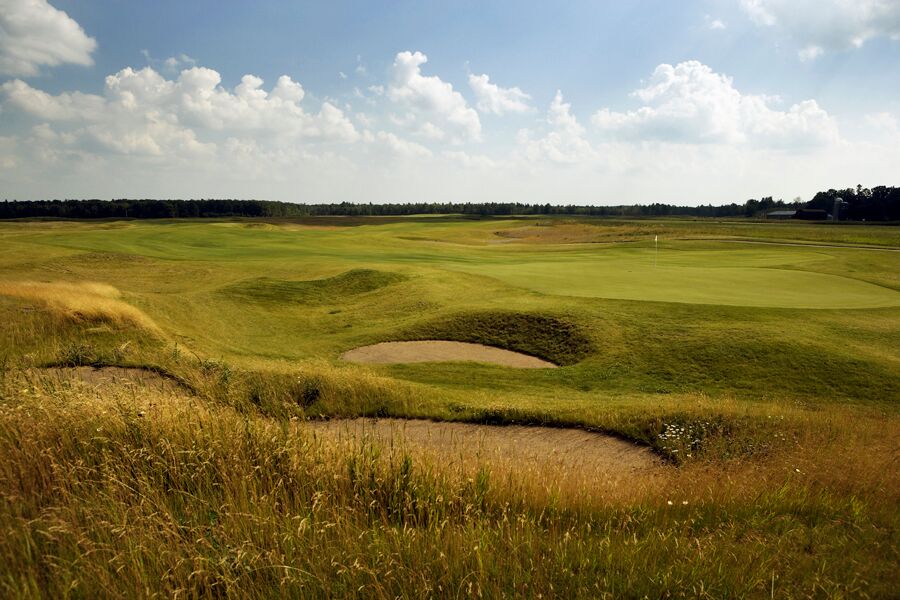 Hayward, Wisconsin (December 20, 2017) – Over 50 years ago, Hayward entrepreneur, Tony Wise, picked up the phone and began assembling competitors for an event he called the Lumberjack World Championships. A tireless promoter of northern Wisconsin, in 1973 Wise also founded the American Birkebeiner cross-country ski race. Years later, these two iconic north woods events are once again joining forces with the signing of a resource sharing and management services agreement between the American Birkebeiner Ski Foundation (ABSF) and the Lumberjack World Championships Foundation, Inc. (LWCF) organizations.

“Working collaboratively with the LWCF to solidify the future of timber sports in Hayward, WI, is an exciting proposition. I can tell you that the ABSF staff is excited to infuse the LWC events with the same passion they bring to Birkie events,” said Ben Popp, ABSF Executive Director. “Knowing how important the economic impact of this legendary event is to the region, we’ll do our best to ensure that visitors and competitors have a tremendous experience at LWC 2018.”

The LWCF engaged the ABSF to provide specific advisory, consulting, and management services for their Lumberjack World Championships events. Previously, the LWCF, a 501(c)(4), had a seasonal and part-time staff, whereas the American Birkebeiner Ski Foundation, a 501(c)(3) has a full-time staff of 12. Both organizations are in Hayward, WI. Under the terms of the agreement, the ABSF will act as an independent contractor for the LWCF. The resource sharing and management services agreement will provide infrastructure for the seasonal events promoted and conducted by the LWCF and includes organizational strategy, event planning, marketing, human resources, staff training, accounting, technology, general operations, and business management support. The agreement for consulting services extends for an initial term of one year, with an automatic one-year renewal, unless terminated by either organization.

“It’s ironic to see the LWC come full circle back to being housed under the same roof as the Birkie. Both events mean so much to the Hayward community and it says a lot about Hayward to have maintained these traditional events,” said DJ Aderman, LWCF Board President and Chief of Competition. “Strategically, utilizing the staff and the expertise of the ABSF to grow and sustain the LWC event couldn’t happen at a better time for the competitors, sponsors and fans of lumberjack sports. I am extremely excited at what the future holds for the LWC.”

Each February the ABSF’s Birkie week of Nordic festivities draws an estimated 40,000 skiers and spectators to northwest Wisconsin. Later in July, the Lumberjack World Championships showcases over 21 events ranging from sawing and chopping to speed climbing, log rolling and boom running. Over 100 male and female competitors vie for the prize purse each year in front of over 12,000 spectators.

About the American Birkebeiner® Ski Foundation and Birkie® Events

Located near Hayward and Cable, Wisconsin, the American Birkebeiner Ski Foundation, a 501(c)(3) organization, is known for its signature American Birkebeiner Ski Marathon held each February. Today, the Birkie has grown to encompass a year-round lifestyle that provides healthy, active events for thousands of outdoor fitness enthusiasts of all levels. From the iconic Birkie ski race, to the Birkie Trail Run & Trek, and the Fat Bike Birkie race – the world’s largest fat bike race, the ABSF and the Birkie Trail attract skiers, runners, bikers, trekkers, and hikers, from casual day-trippers to elite superstars. The Birkie embodies a healthy active lifestyle. The Birkie Trail is a fitness destination and mecca for outdoor sports enthusiasts. Ski. Run. Bike. Live! Visit www.Birkie.com to learn more.

The Lumberjack World Championships began in 1960 as a way to acknowledge the rich history of the logging industry across the United States. Work day skills that were perfected in the forests of the nation became a past-time and soon grew into an exciting and growing sporting event. From the Lumberjack World Championships, now trademarked in Hayward, Wisconsin, to the ESPN’s Great Outdoor Games, timber sports have increased in popularity with loyal fans and competitors from around the globe.